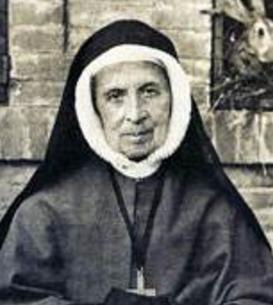 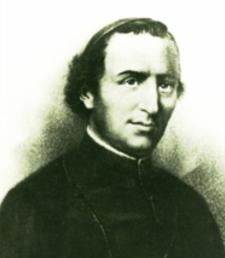 Religious of the Cenacle

The Cenacle Sisters was founded in La Louvesc, France, in 1826 by Saint Thérèse Couderc

and Father Stephen Terme. Though only twenty-three years old, he appointed her superior of the community of sisters he brought to La Louvesc to provide lodging for women (pilgrims) coming to the shrine of St. John Francis Regis, a Jesuit saint famous in France at that time.

Over time, the hostel became known as a welcoming haven for women.

A realisation that these women needed prayer and spiritual guidance to prepare them for the remainder of their pilgrimage led to the building of the first Cenacle Retreat House. Thus began the ministry of helping people awaken and deepen their faith and to make Jesus known and loved.

After the death of Father Terme, Sister Thérès continued the ministry.

Sister Thérès died on September 26, 1885 and was canonised on May 10, 1970. The true testimony of her life is the legacy of her mission that continues through her Cenacle family: Cenacle Sisters, Cenacle Auxillaries, and Cenacle Affiliates/Companions. Today there are around 500 Cenacle sisters in 15 nations (USA, Canada, Brazil, Italy, France, England, Ireland, Belgium, Netherlands, Togo, Madagascar, Australia, New Zealand, Philippines and Singapore).